10-year-old Saïd (Mica) sells grocery bags in souks, and lives with his parents in a slum near Meknes. One day, Hajj Kaddour, a handyman in a tennis club in Casablanca, comes to take Mica as his apprentice. This job would be an opportunity to help Mica’s family, to which he would send his meagre salary. After going through humiliation and even physical abuse, Mica slowly starts to fully take in his situation, and does everything in his power to change it. Mica participated in GFF’s 3rd CineGouna SpringBoard as a film in post-production, and was the winner of GFF's prize at the 7th  Final Cut in Venice workshop. 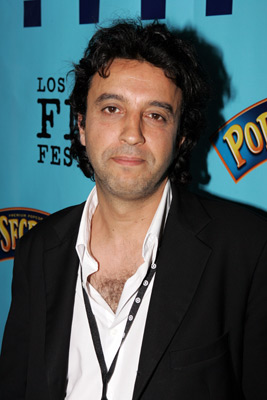 Ismaël Ferroukhi is a French-Moroccan film director and screenwriter. His first short film L'exposé (1992) won the Kodak Prize at the 45th Cannes Film Festival. His debut feature, Le Grand Voyage (2004), earned the Lion of the Future "Luigi De Laurentiis" Award for a First Feature Film at the 61st Venice Film Festival and was nominated for the Best Film not in the English Language BAFTA. For Les Hommes Libres (2011), Ferroukhi received the prize for Best Director from the Arab World at the Narrative Competition of the 5th Abu Dhabi Film Festival. The film was also granted the Jury Award for Best International Film at the 27th Santa Barbara International Film Festival.