Etienne is an actor who is often out of work, despite his charms. He runs a theater workshop in a prison, where he brings together an unlikely ensemble of prisoners to stage Samuel Beckett’s Waiting for Godot. When he is allowed to take the convicts on a tour outside of jail, Etienne finally has the chance to truly shoot for the stars. Each date hits a new high, and a unique relationship begins to grow between the director and his impromptu group of actors. As their final performance in Paris approaches, their last night together promises to be the biggest hit of them all. 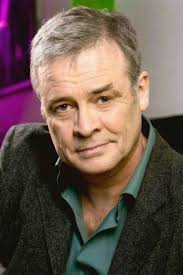 Born in 1957, Emmanuel Courcol began his career on stage under the direction of Roger Planchon and Jean-Louis Thamin. He wrote several screenplays, in collaboration with Philippe Lioret, for Mademoiselle (2001), The Light (2004), and Welcome (2009), which garnered a César nomination for Best Screenplay and won Best Screenplay at the 47th Gijón International Film Festival. His directorial debut with the feature Ceasefire (2016) earned him a nomination for a Variety Piazza Grande Award at the 69th Locarno International Film Festival.