Journeys and alienation are among the favourite themes of German director Wim Wenders, who has become a household name when it comes to road trip films, such as his classics Paris, Texas (1984) and Lisbon Story (1994). Yet the journey in Wenders’s work transcends physical trips, often extending to deal with existential dimensions, which is the case in Submergence. The camera of DP Benoît Debie (Enter the Void, 2009) moves from Normandie in Northern France to the deserts of Somalia to the depths of the ocean in another of Wenders wanderings between cities and his characters’ inner lives.
Based on the novel by former war reporter J. M. Ledgard, Submergence starts with a violent romance between James, an MI6 agent posing as a water engineer, and Danielle, a bio-mathematician. Both lovers are submerged in their passionate union without much thought to a future bound to tear them apart.
James work takes him to an African country where he is held captive by Al-Qaeda, while Danielle’s takes her to the bottom of the ocean in a giant submarine. Each of them is held in the grip of isolation; forced in James case, voluntary in Danielle’s. The film then travels beyond the love story to explore the existential state each of them experiences
within their respective confinements. 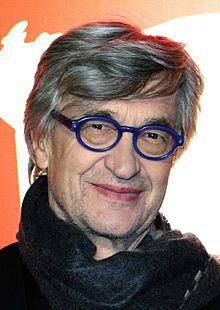 Born in Düsseldorf in 1945, Wim Wenders studied physics before switching to philosophy. He moved to Paris in 1965 with the intention of becoming an artist, but fell in love with cinema instead. In 1967, he returned to Germany, where he made his first feature film, Summer in the City, in 1971. Later on, he began to garner wide international success for films such as Alice in the Cities (1974) and Paris, Texas (1984), which won the Palme d’Or at the Cannes Film Festival. He was nominated twice for an Oscar, for Buena Vista Social Club (1999) and Pina (2011).