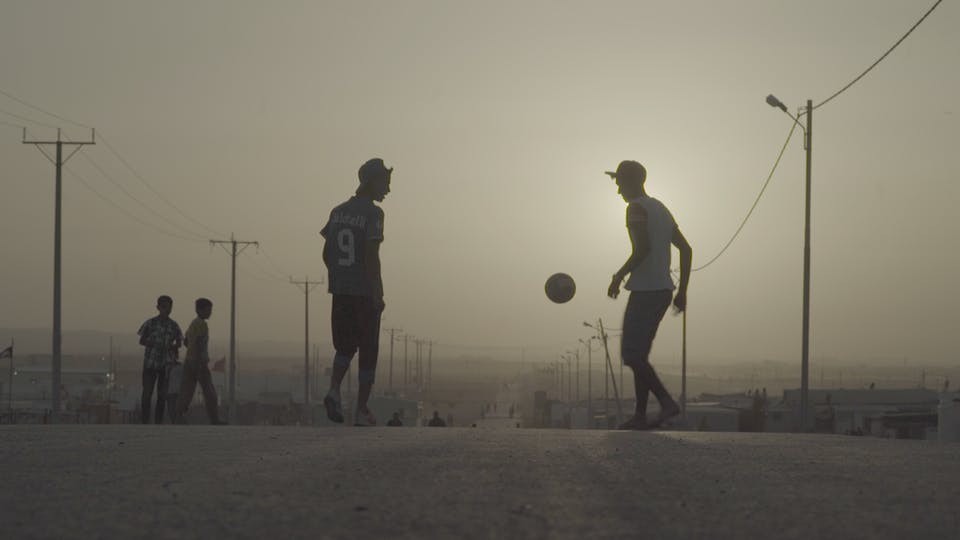 El Gouna Film Festival is happy to announce the selection of the Egyptian documentary Captains of Za’atari to participate in the World Documentary Competition of the forthcoming Sundance Film Festival, which is set to be held virtually due to the coronavirus pandemic from January 29 till February 3, 2021.

Directed by Ali Al Arabi, the film tells the story of two best friends who have been trapped in the Za’atari Refugee Camp in Jordan for over five years. Unable to go home because of the war and unable to leave the camp due to stifling international laws, they don’t let these facts hold them back and focus their energy on their first love – soccer. Having never left the camp since they arrived, the two work against the odds to achieve their goal while making sure to pave a way for the next generation of youth in the camp.

Captains of Za’atari was part of CineGouna Springboard’s films in post-production selection at the 3rd edition of GFF, where it won several awards and grants including; $10,000 from New Century Production, $10,000 worth of color grading services from The Cell Creative Media Solutions, in addition to a chance to participate in IEFTA’s Global Film Expression Initiative and a sponsorship to attend a partnering festival lab or workshop