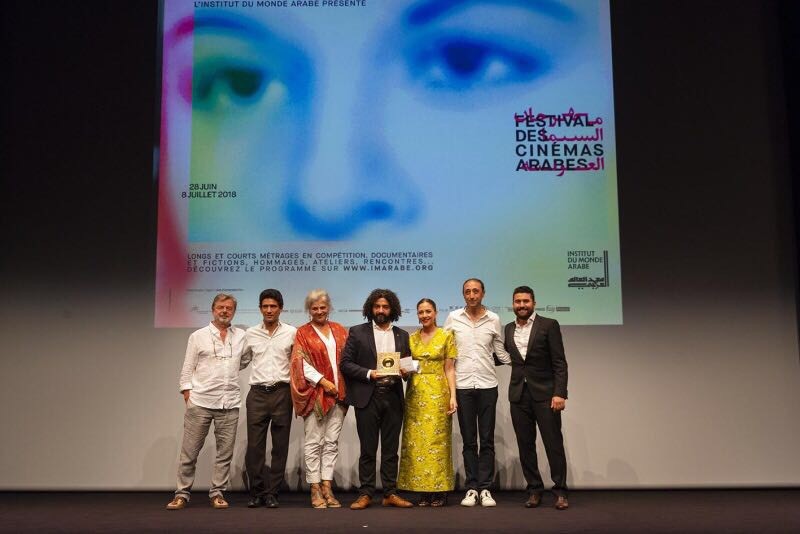 The 1st Arab Cinema Festival in Paris, organized by the Arab World Institute, wrapped up yesterday, Saturday. Iraqi film “The Journey” by Mohamed Jubara Al-Daradji has won the festival’s Grand Prize and the Best Actress Award. “The Journey” is about a young woman suicide bomber in a train station. While the Tunisian film “Benzine” by Sarra Abaidi, has won the Best Feature Narrative Award.

The Best Actor Award in a feature narrative film was given collectively to the actors and actresses of the Lebanese film "Heaven Without People" directed by the Lebanese Lucian Bourjeily. The Best Short Documentary Award went to the Lebanese film “Train – Train 2” by Rania Stephan. Iraqi Director El- Baqer Jaafar won (Arab World Institute – El Gouna Film Festival) Award for his documentary “The Band”.

The Arab Cinema Festival in Paris took place from the 28th of June – 8th of July, 2018. In the presence of about 100 Arab filmmaker and journalists, and the participation of 80 Arab Films.