Since its inaugural edition, CineGouna Platform (CGP), the industry arm of El Gouna Film Festival (GFF), has been a home for Arab filmmakers by offering them financial and artistic support and through building bridges between them and their international counterparts. This mission statement is further confirmed year after year as more supported projects are selected to compete and win awards at major film festivals worldwide.

The latest addition to the list of acclaimed CGP projects is Kaouther Ben Hania’s The Man Who Sold His Skin, that has been announced in the official line-up of the forthcoming 77th Venice Film Festival, which is scheduled to take place from September 2-12, 2020. 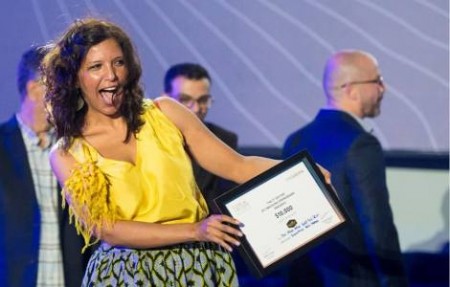 The film follows the journey of Sam Ali, a Syrian man who fled to Lebanon to escape the Syrian war, hoping to eventually join his lover in Paris. Stuck in Lebanon without any travel documents, Ali starts freeloading at art gallery openings in Beirut, where he captures the attention of a famous American artist. The two men conclude a strange deal that will change Sam’s life forever.

The Man Who Sold His Skin was part of CineGouna SpringBoard’s projects in development selection during the 2nd edition of GFF, where it was awarded US $10,000 from Beelink Productions.