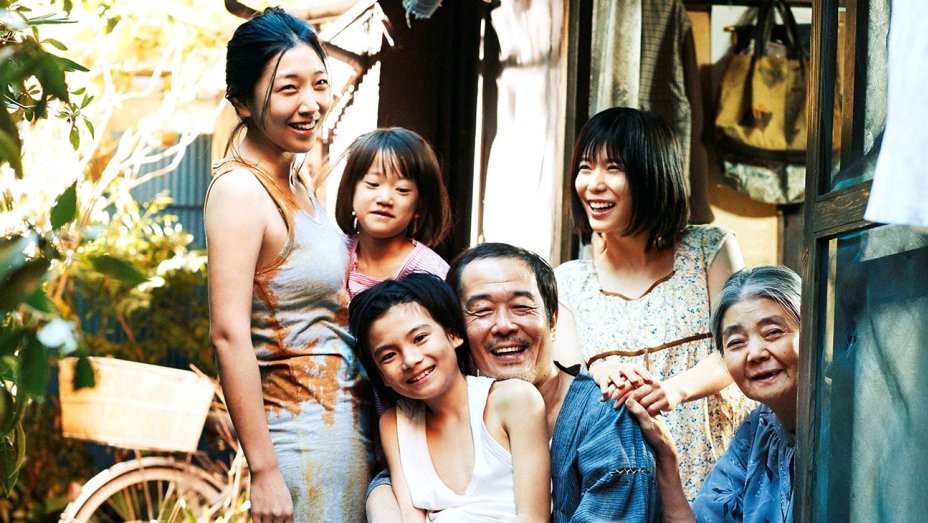 Cairo, August 12, 2018: After a spectacular inaugural edition that was packed with cinematic masterpieces, the second edition of El Gouna Film Festival (GFF) is making a powerful statement by picking some remarkable films that were acclaimed and awarded at top class festivals like Cannes Film Festival and the Berlinale. The selection, finalised till date, includes productions from Japan, Italy, Poland, Australia and Denmark among others.

Intishal Al Timimi, Director of El Gouna Film Festival said:” The festival's 2​nd​ edition will showcase a number of films that have previously succeeded in the most important film festivals around the world."​ ​He added that: "​El Gouna Film Festival has unlimited ambitions and the ability to fulfill them. We set the bar high in our inaugural edition and are working hard to raise it a notch or two this year."​ ​The festival's Artistic Director, Amir Ramses, also asserted: ​"The selection of films for the 2​nd ​edition of El Gouna Film Festival is in line with its objective of showcasing the best of the recent films. We aspire to create a top-notch programme that would appeal to our international guests and Egyptian film lovers.” ​

​The lineup of the GFF​ 2018 ​round ​includes six Cannes Film Festival winning movies and winning films from Berlinale, Rotterdam and Sundance festivals. ​GFF is delighted to reveal that the winner of the Palme d’Or at the 71​st​ Cannes Film Festival ​‘Shoplifters’​,​ will be one of the highlights of the festival’s programme this year.​ ​Directed by noted auteur Hirokazu Kore-eda ​‘Shoplifters’​ is the tender tale of an ​impoverished family that makes ends meet by running petty scams. Although this family barely manages to survive, it decides to take in a homeless child they find on the street. ​The film was most warmly received by critics, professionals and the public alike, and stars Lily Franky and Kirin Kiki.

Another gem of a film in the GFF 2018 line-up is Pawel Pawlikowski’s ‘Cold War’, winner of the Best Director award at Cannes, this film has been described as Set against the background of the Cold War in the 1950s in Poland, Berlin, Yugoslavia and Paris, is bittersweet and unbearably lovely, a sad ballad of two lovers who can't stand to stay apart but also sometimes can't stand each other either. It tracks the tempestuous relationship between pianist Wiktor (Tomasz Kot) and singer-dancer Zula (Joanna Kulig), two Poles who shuttle back and forth across the Iron Curtain.

Also, among the selected films is the Italian drama ‘Dogman’ by Matteo Garrone, whose lead star, Marcello Fonte, received Best Actor Award at the Cannes Film Festival earlier this year. The film tells the story of Marcello, a dog groomer who finds himself involved in a dangerous relationship of subjugation with Simoncino, a former violent boxer who terrorizes the entire neighborhood. In an effort to reaffirm his dignity, Marcello submits to an unexpected act of vengeance.

Winner of Best Screenplay at Cannes Film Festival, ‘Happy as Lazzaro’ directed by Alice Rohrwacher tells the story of Lazzaro, a young peasant so good that he is often mistaken for simple-minded. He seals a bond of friendship with a nobleman, not knowing that this life-altering friendship will take him in an unexpected journey.

Stefano Savona’s ‘Samouni Road’ winner of the Golden Eye Documentary Prize at this year's Cannes Film Festival.  The documentary combines live action, superb scratchboard animation and recreates drone footage to capture the lives of an extended farming family before and after the 2009 Israeli invasion that left 29 people dead and their lands a devastated wasteland.

Charles Williams’ ‘All These Creatures’, winner of the Short Film Palme d’Or will be part of the festival’s Short Films programme. It tells the story of a 13-year-old boy looking back in time and trying to understand what was going on with his father in an attempt to figure out whether he was a sick or a bad person.

Among El Gouna Film Festival’s selection is one of the most talked about movies during Berlinale, ‘Mug’, winner of the Silver Bear Award. The movie is about a young man who suffers from facial deformity after a work accident. The film reveals the shallowness and hypocrisy of the people in his town. The movie is directed and written by multiple award winning and prominent Polish filmmaker, Małgorzata Szumowska.

‘The Heiresses’, directed by Marcelo Martinessi, and winner of the Silver Bear for Best Actress and Alfred Bauer Prize at the 2018 Berlinale. The movie tells the story of Chela and Chiquita both descended from wealthy families but are no longer rich. When their debts lead to Chiquita being imprisoned on fraud charges; Chela begins to come out of her shell and engage with the world, embarking on her own personal, intimate revolution.

Straight from Karlovy Vary International Film Festival comes ‘Winter Flies’, directed by Olmo Omerzu, an interesting road movie about the elusive bond of boyhood, friendship and the irrepressible desire to experience something, even if you don't exactly know what.

From the Sundance Film Festival and the International Film Festival Rotterdam comes the Danish masterpiece, ‘The Guilty’, which tells the story of former police officer, Asger Holm who answers an emergency call from a kidnapped woman. With the phone as his only tool, Asger enters a race against time to save the endangered woman. But soon he realizes that he is dealing with a crime that is far bigger than he first thought.

And last but not the least, GFF is proud to announce that the Sundance Film Festival winner of Best Documentary ‘Of Fathers and Sons’, directed by Berlin based Syrian filmmaker, Talal Derki, will also be featured in this year’s exciting programme. The film provides a rare insight into what it means to grow up with a father whose only dream is to establish an Islamic Caliphate. The second edition of the festival will take place in El Gouna resort from September 20-28, 2018.

The mission of El Gouna Film Festival is to showcase a diverse selection of films for a passionate and knowledgeable audience and to foster better communication between different cultures through the art of filmmaking. Its goal is to connect filmmakers from the region with their international counterparts in the spirit of cooperation and cultural exchange through the presentation of the finest recent cinematic productions. The 2nd edition of El Gouna Film Festival will run from September 20 to 28, 2018.