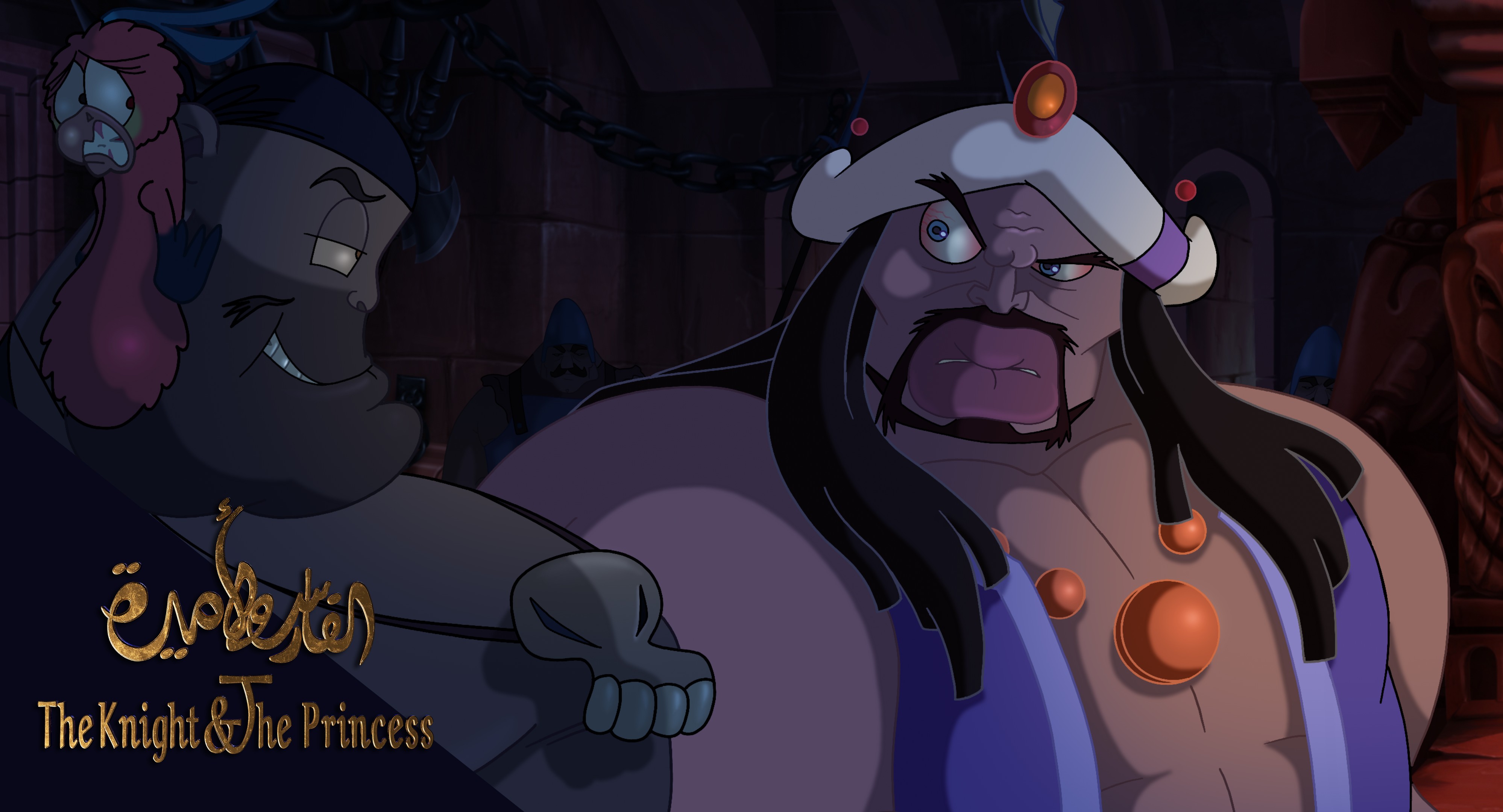 El Gouna Film Festival (GFF) is happy to announce that The Knight & The Princess, the first Egyptian animated feature film, has been confirmed to take part in its 3rd edition, which will take place from September 19 to 27, 2019.

In line with the Festival’s ongoing efforts to support Arab cinematic voices and to provide them with a regional and international audience, The Knight & The Princess will have its world premiere at the 3rd edition of GFF, before its public release in October.

Inspired by a real 7th century Arab warrior, the plot follows young adventurer Mohammed Bin Alkassim with a fictional twist. At the young age of 15, he believed that anything was possible, and he took it upon himself to save women and children abducted by pirates in the Indian sea. As he turned 17, Mohammed Bin Alkassim was ready to take on the tyrant king Daher. He left his hometown Basra, Iraq with his lifelong friend Zaid, and his mentor Abu Alaswad, in a challenging adventure to free Sind. The film delves into the exciting experiences that helped shape the great leader he would later become.

“We are proud to showcase the first Egyptian animated feature film created by an Arab crew, whose work is on par with prominent animated films from around the world. The film not only represents a significant milestone for the Arab film industry, but also helps it take crucial steps towards expanding its  horizons through a genre that embodies creativity, imagination and talent in a brand new light in the region,” commented Intishal Al Timimi, director of El Gouna Film Festival.

“We are happy to screen The Knight & The Princess at the 3rd edition of GFF. It will surely add value to our lineup, as it not only pioneers in tackling a genre that has been difficult to produce in the Egyptian and Arab film industry, but also marks the comeback of writer and director Bashir El Deek, one of the most celebrated filmmakers of the Egyptian neo-realism,” stated Amir Ramses, artistic director of the Festival.

“Making this film was a huge challenge. We started this project 20 years ago and faced production hurdles all along the way. Yet, we did not allow them to diminish our enthusiasm. We continued to work on the film and made it our mission to prove that we have what it takes to create an Arab animated film without depending on foreign expertise,” said Abbas Bin El-Abbas, film producer.

“We are delighted to premiere our film at GFF, which we consider as one of the prominent rising film festivals in the region. And we hope that this step will facilitate the distribution process of the film later on, since we may encounter similar obstacles to what other independent films face in general,” he added.

El Gouna Film Festival, one of the leading festivals in the MENA region, aims to showcase a wide variety of films for a passionate and knowledgeable audience; while fostering better communication between cultures through the art of filmmaking. Its goal is to connect filmmakers from the region with their international counterparts in the spirit of cooperation and cultural exchange. The Festival is committed to the discovery of new voices and strives to be a catalyst for the development of cinema in the Arab world, particularly through its industry segment, CineGouna Platform.