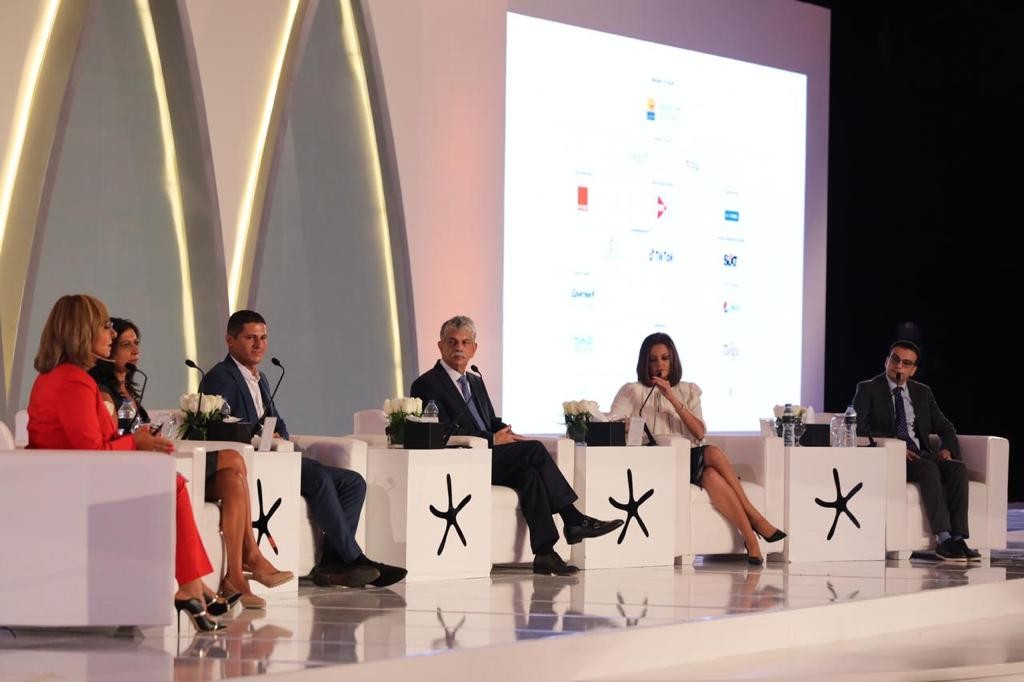 Youssra: “GFF is Egypt’s Message to the world.”

Naguib Sawiris: “People are longing to feel happy after months of stress due to COVID-19.”

Samih Sawiris: “We faced difficulty in organizing the festival while maintaining the safety precautions.”

Intishal Al Timimi: “GFF is the first Arab initiative to organize a festival amid the COVID-19 pandemic.”

In a press conference held today at The Nile Ritz Carlton under the auspices of the Ministry of Tourism & Antiquities, the Ministry of Health & Population, the Ministry of Culture and the Egyptian Film Centre and in the presence of its founders, sponsors, and a number of film professionals, El Gouna Film Festival (GFF) revealed the details of its 4th edition, taking place October 23-31, 2020 in the Red Sea resort town of El Gouna.

During the conference, the broad outline of this year’s edition was presented including  the lineup of film selections, festival events, activities, participating film professionals and movie stars, as well as the recipients of the Career Achievement Award. GFF management also announced the names of jury members confirmed to date.

Engineer Naguib Sawiris said: "My personal point of view was that this is not a time for joy, and it will be difficult to invite international stars to come to Egypt. Yet we didn’t want to stop the wheel, and wanted to challenge the pandemic. Egypt needs to open its doors for tourists from all around the world; the greatest source of income for this country. So we decided to take the necessary precautions and organize the festival this year. I think we can call GFF the festival of challenge, because the whole world is afraid. Disease spreads depression, but people yearn for joy."

Engineer Samih Sawiris said: "The difficulty was in creating a balance between organizing the festival and maintaining the precautionary measures. I was a firm believer that as long as the Venice and San Sebastian film festivals didn’t cancel their editions this year, we could do the same thing. We have received the confirmation of about 200 international personalities who will attend the festival this year; these are the international ambassadors of our festival."

On the challenges facing the festival this year, Intishal Al Timimi stated: “We decided to invite representatives for international film festivals from all continents in a virtual panel discussion, to emphasize on the importance of supporting the cinema industry and film festivals. GFF is one of the few film festivals that will be held this year. And just as the Venice Film Festival was an international initiative, El Gouna Film Festival is the first Arab initiative supporting the idea that life must go on.”

Al Timimi continued: “This year, we faced some difficulty in inviting American celebrities, however, we were able to invite French actor Gérard Depardieu, who will receive a Career Achievement Award, as well as French-Moroccan actor Saïd Taghmaoui, who will receive the Omar Sharif Award. From Egypt, actor Khaled El Sawy and production designer Onsi Abou Seif are the recipients of the Career Achievement Award, for their distinctive and influential participation in the film industry.”

Co-Founder and COO Bushra Rozza stated: “CineGouna Platform is a meeting point for filmmakers from around the world and their Arab counterparts. This year, we will hold a panel discussion on Women’s Empowerment in the Film Industry. The panel will include leading female filmmakers and actresses such as Palestinian filmmaker Najwa Najjar and Indian star Richa Chadda. In addition, famous acting coach Gerald James will be holding an acting workshop as part of the CineGouna Bridge activities.”

On the film program, Artistic Director Amir Ramses stated: “This year, we were able to choose the best films that were screened at international film festivals such as the Berlin Film Festival, Cannes Film Festival, Venice Film Festival, and the San Sebastian Film Festival. Our lineup includes The Furnace, starring Egyptian actor Ahmed Malek; Lion of The Future Award-winner Listen; Hilal Baydarov’s In Between Dying; and Viggo Mortensen’s Falling.”

Engineer Omar El Hamamsy, CEO of Orascom Development Holding, said: “Our top priority is the health and safety of our employees, workers, and guests throughout the festival. Gouna Conference and Culture Center is an open space. We have planned a 90-minute gap between each event and screening to sterilize and disinfect the whole place.” He added: “At Orascom, we support innovation in all fields, be it cinema or entrepreneurship.”

On the festival’s strategy, Co-founder and Executive Advisor Amr Mansi commented: “The festival has become an important station for all Arab filmmakers. GFF has become a pioneer in the film industry. We still have the support of our sponsors despite all challenges.”

General Coordinator Amal El Masry added: “The existing challenges forced us to rethink all aspects of the festival. For instance, the pandemic has pushed us to reduce the use of paper and focus more on technology in general, which would have happened eventually. So, in my opinion, the challenges actually accelerated the improvement of the festival.”

One of the eagerly anticipated highlights of this year is that the festival will be the first public event hosted at the site of Gouna Conference and Culture Center (GCCC). The concept of this edition’s poster is also inspired by the design of the center, which incorporates an elegant series of barrel vaults enclosing the auditorium with a shaded perimeter layer where the inside and outside merge, creating an atmosphere of transcendent inspiration.

For this year’s CineGouna Platform, El Gouna Film Festival has invited a number of leading regional and international experts in the field of cinema to participate in its various activities. CineGouna SpringBoard received 99 submissions (65 projects in development and 34 films in post-production) from all parts of the Arab world. A panel of experts reviewed the submissions and selected 18 projects (12 in development and 6 in post-production) to participate in this year’s edition. They were carefully chosen on the basis of their content, artistic vision, and overall financial feasibility. The selection committee was very impressed by the high quality of the submitted projects.

The 4th edition of CineGouna Bridge will continue to serve as a forum for effective professional development. It will present a series of roundtable discussions, workshops, presentations, and master classes with key industry professionals and experts.

The programs and activities of CineGouna Platform will take place at the TU Berlin, El Gouna Campus from October 25 to 29, 2020.

El Gouna Film Festival will keep supporting Arab cinema at international festivals, empowering Arab filmmakers, especially outside the Arab world. This year, the festival continues to build on its previous collaborations with the 10th Malmo Arab Film Festival and the Final Cut in Venice workshop with cash prizes and support for exposure.

GFF will host an exhibition of the works of accomplished production designer Onsi Abou Seif, which will include some of his designs and sketches, video clips from his films, movie posters, and awards he has received over the course of his career.

El Gouna Film Festival continues its Cinema in Concert tradition—an orchestral performance of film scores of classics and audience favorites. This year, GFF will screen Charlie Chaplin's newly restored copy of The Kid accompanied by an orchestra led by Maestro Ahmed El Saidi. This edition’s Cinema in Concert will be held at the Gouna Conference and Culture Center.

This year, GFF is happy to announce that the 4th edition is brought to you by Orascom Development and El Gouna in association with O West and Minly. Exclusive partners include Principal Media Partner ON Network, telecom partner Orange, media partner Euro News, in partnership with Fanadir Marina and TikTok, and official transport partner Sixt - Abou Ghaly Motors. GFF’s partners include: official beverage Pepsi, official carrier EgyptAir, supported by AlexBank, Makadi Heights and Nestle Mega Ice-cream. Activation partners include beauty sponsors Mohamed Al Sagheer and Lancôme in collaboration with Nespresso and Fine. GFF is organized under the auspices of the Ministry of Tourism & Antiquities, the Ministry of Health & Population, the Ministry of Culture and the Egyptian Film Centre.

One of the leading festivals in the MENA region, GFF aims to showcase a wide variety of films for a passionate and knowledgeable audience, while fostering better communication between cultures through the art of filmmaking. Its goal is to connect filmmakers from the region with their international counterparts in the spirit of cooperation and cultural exchange. The festival is committed to the discovery of new voices and strives to be a catalyst for the development of cinema in the Arab world.