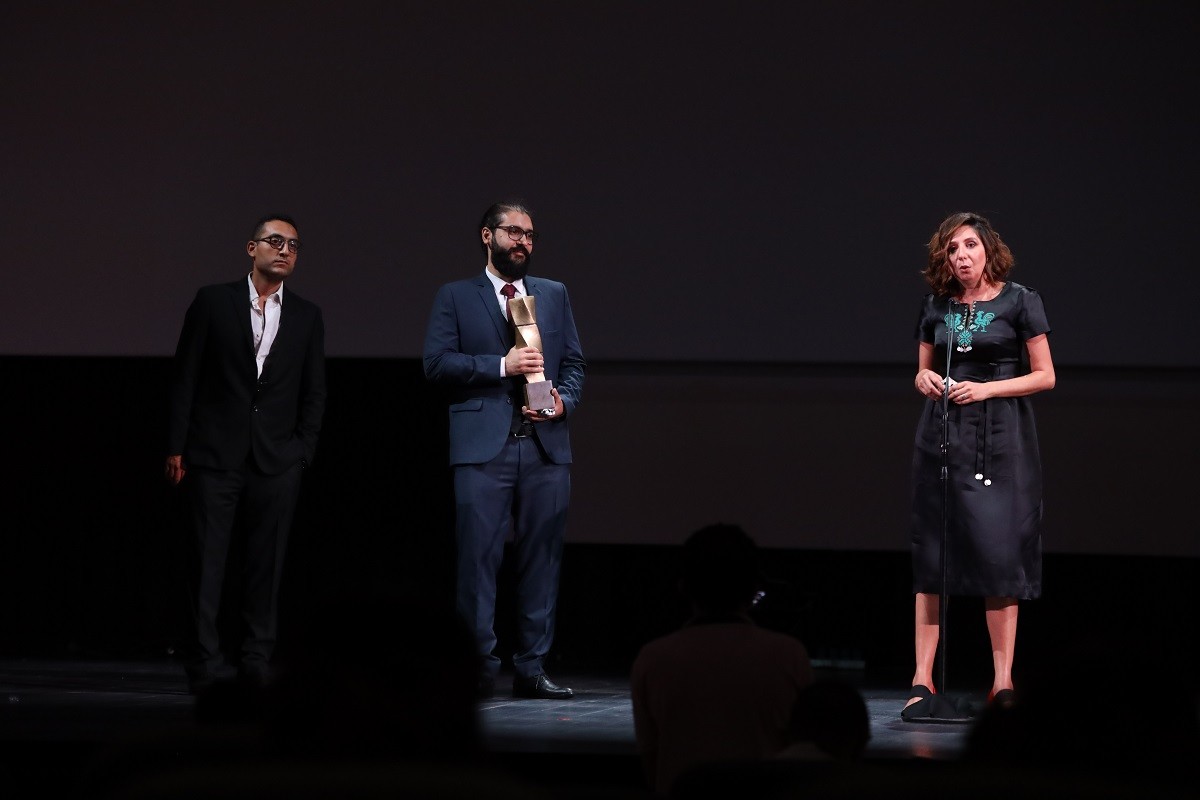 On the third day of El Gouna Film Festival, Sunday, October 25, the festival continued its activities, showing a number of distinguished films such as Oasis by Ivan Ikic, winner of the Europa Cinemas Label award - best film at the 77th Venice International Film Festival. The festival screened the first feature film by director and actress Suzanne Lindon, Spring Blossom, which participated in the 68th San Sebastian International Film Festival, in addition to the screening of Dea Kulumbegashvili’s Beginning, winner of the Golden Shell at the same festival this year.

In the Feature Documentary Competition, the festival featured one of the most important documentaries of this year, namely Days of Cannibalism by Teboho Edkins, which participated in the 70th Berlin International Film Festival and received wide critical and public celebration; in addition to Irradiated by Rithy Panh, winner of the best documentary prize at the same festival. Short Film Competition screenings also commenced, including the showing of the Egyptian short film I Am Afraid to Forget Your Face director Sameh Alaa. It was the first Egyptian film to be selected for the Official Short Film Competition at the Cannes Film Festival in 50 years.

On the other hand, the activities of CineGouna Bridge were launched with a master class by the famous Indian star Ali Fazal, moderated by GFF Co-founder and COO Bushra Rozza and festival advisor Raman Chawla. Fazal talked about the behind-the-scenes of his work in American cinema; his experience working with Judi Dench on the movie Victoria & Abdul; and his new film, Death on the Nile by Kenneth Branagh. This was followed by engineer Adly Touma, CEO of Gemini Africa—a subsidiary of the Orascom Group—and Cherine Magora, Head of Strategic Partnership at TikTok Middle East, Africa & Pakistan, signing a cooperation agreement to integrate technological advances with creative entrepreneurship and add a new dimension to the film industry in Egypt and Africa.

Palestinian film director Ameen Nayfeh walked the red carpet today as part of the MENA premiere of his film 200 Meters. The film received the BNL People’s Choice Award at the 17th Venice Days during the 77th Venice International Film Festival. The film's producer, May Odeh, was awarded the Variety prize for talent of the year 2020 in the Middle East and North Africa in recognition of the film's success, while the film director was awarded the Mena Massoud award.

The festival showcases a number of distinguished cinematic works participating in its various sections, including: the red carpet screening of Ismaël Ferroukhi’s Mica in its international premiere; Tragic Jungle by Yulene Olaizola; In Between Dying by Hilal Baydarov; Notturno by Gianfranco Rosi; and Truffle Hunters by Michael Dweck and Gregory Kershaw; as well as Emmanuel Courcol's The Big Hit.

The special events for UpliftforGFF, which are provided by Gemini Africa in partnership with GFF, continue. During the event, the three winners will be able to present their projects before a jury of film industry experts to achieve opportunities for investment and for business companies to meet with these projects. The committee consists of: