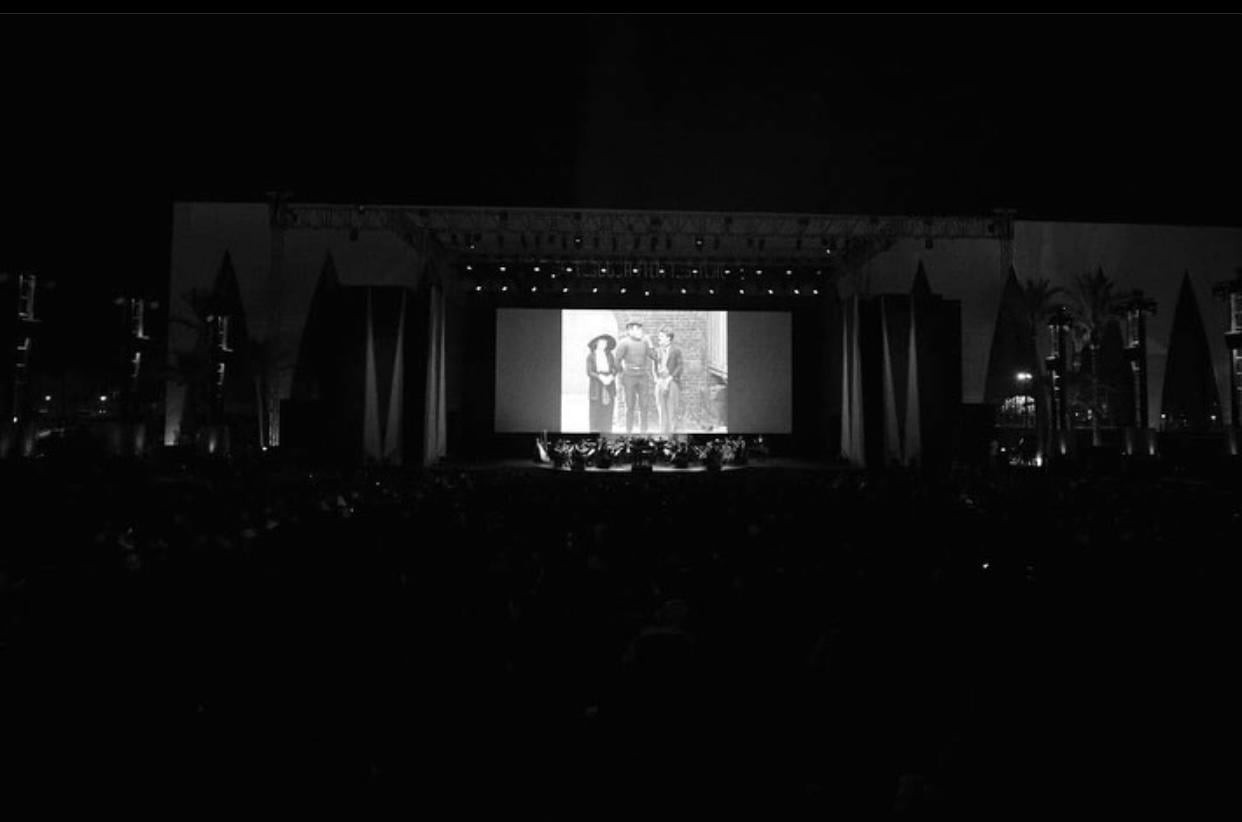 On the fifth day of El Gouna Film Festival’s 4th edition, the scheduled events and shows continued. The activities began with a panel discussion entitled Digital Media in the Wake of a Global Pandemic, which explored how the global pandemic—with its dark aspects under these difficult circumstances—allows for organizations, companies and governments to use electronic platforms to provide products and services and continue operations, while consumers adapt to the new normal. Panelists included Dominique Delport, VICE Media’s President of International & Global Chief Revenue Officer; Tarek Hosny, Co-founder and CEO of Minly; Jakob Mejlhede, executive at Viaplay; and Moon Baz, Strategic Partner Manager for Media Publishers for Facebook in the MENA region. The panel was moderated by Ahmed Abbas, founder and CEO of DigiSay.

A master class was also held by renowned director of photography and film director Ahmad Al Morsy, entitled Visual Storytelling and Adapting to Changing Conditions. Al Morsy discussed how directors of photography tell stories visually, and how they should broadly plan for their projects while maintaining the flexibility and creativity necessary to meet the changing circumstances. The master class was moderated by film director Karim El Shenawy.

At TUB, another virtual panel discussion titled Equity and Access: Changing the Hollywood Narrative was held, presented by the U.S. Embassy and Film Independent. The participants of film and television executives explored concrete methods to make a difference in Hollywood and beyond. They included Wei Chen, Program Manager for the Rideback TV Incubator; Karin Chien, president of dGenerate Films; Mel Jones, SVP of Production and Development at Confluential Films; Dani Melia, award-winning film producer; and Tilane Jones, President of ARRAY, a multi-platform arts and social impact collective. The panel was moderated by American filmmaker Angel Kristi Williams.

As for the most prominent event of the day, it was the special screening of Charlie Chaplin's The Kid, creatively presented by GFF as the first show of its kind in the Arab film festival scene. The film screening was accompanied by a live orchestra, led by renowned Egyptian Maestro Ahmed El Saedi, who led the performance of the live film score during the show.

As part of the Feature Narrative Competition, Quo Vadis, Aida? by Bosnian director Jasmila Žbanić was screened. The film had its world premiere at the 77th Venice International Film Festival. The Ties (Italy) by Daniele Luchetti was also screened in the same competition, as well as A Long Breath by Remi Itani and Notturno by Gianfranco Rosi in the Feature Documentary Competition.

The sixth day of the festival witnesses the screening of a variety of films. The most prominent screening of the day is Falling, the directorial debut of American-Danish actor Viggo Mortensen, in which he explores the contradictions of the modern family through the relationship of a man and his father. The film, which is participating in the Official Selection out of Competition, will be shown at 6:00 p.m. at the Audimax theater (TUB). In the Special Presentations section, the screening of the documentary Hopper/Welles will take place. The film narrates a 1970 conversation between two film legends, Orson Welles and Dennis Hopper. It will be screened at 3:30 p.m. in Sea Cinema 3.

As for events, the day’s activities will commence at 10:30 a.m. with the master class Creating Worlds Through VFX conducted by Meena Ibrahim, the award-winning animation supervisor. Ibrahim will talk about how one builds the imaginary world of HBO's His Dark Materials, bringing the creatures to life, as well as the role of virtual production in achieving groundbreaking visual effects. The lecture will be moderated by Yasser El-Naggar—multi-award-winning VFX supervisor and co-founder of Mercury Visual Solutions—and will be held at the Audimax theater, TUB.

At 12:30 pm, a panel discussion entitled Starting Up in Digital Media will be held. During this session, a number of experts will each explain how to start a business in the media and entertainment industry. The panelists will bring in different views from venture capital, content creation, digital marketing, and marketplaces for celebrity shout outs. Participants will include Tarek El Ganainy, producer and Founder of TVision Media Productions; Bassem Elhady, Co-founder and CEO of Kijamii; and Kareem Abou Gamrah, Co-founder and CEO of Peace Cake. It will be moderated by Mariam Farag, Head of Corporate Sustainability & Social Impact at MBC Group.