Tomorrow, Zuzana is getting married. As she desperately and courageously endeavors to erase her past, every minute counts to sharpen her story to become the woman we expect her to be. The movie was selected in the Short Cuts Programme of the 45th Toronto International Film Festival. 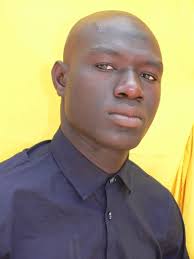 Moly Kane is a Senegalese director and screenwriter born in 1986 in Pikine, Senegal. His first autobiographical short film, Moly, screened at the 64th Cannes Film Festival. Founding member of the Ciné Banlieue Dakar Festival, and instigator of the Dakar Short Film Festival, Kane is also the creator of the production house Babubu Films. To crown his accomplishments at such a young age, he was named Knight of the Senegalese National Order of Merit.