There are two kinds of people who can embrace death as just another step in life’s journey: Those who believe in an afterlife, and those who leave behind someone they love; a family, a lover, or a friend who they know will be affected by their absence. Yet for someone who has neither, the concept of death becomes more complex, and a lot scarier.
Lucky (Harry Dean Stanton in a final performance worthy of his stature) is a 90-year old atheist. He is lonely despite constantly claiming he isn’t, and is in good physical condition despite his old age and his insistence to smoke one pack of cigarettes a day. He realizes that sooner rather than later, his body is bound to collapse, yet nothing foreshadows this end except for minor glitches suffered by men nearly half a century younger than he is. As a result, all the usual advice given to the elderly means nothing to Lucky, and he knows that just like nobody’s death affects him, his death in turn
won’t make a difference.
Lucky’s life has therefore become an existential dilemma, likely to persist until death comes for him. In Logan Sparks’s and Drago Sumonja’s screenplay, this dilemma is portrayed in a series of brief encounters and conversations, which John Carroll Lynch, in his directorial debut, turns into moments charged with subtle yet intricate drama. One cannot truly grasp the momentum of these moments unless they understand Lucky’s position and share his search for enlightenment; a quest that might seem pointless for someone in their middle age, yet holds layers of meaning for a man who was a teenager during the Second World War. 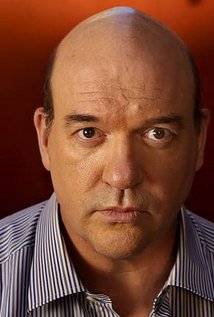 As an actor, John Carroll Lynch's work spans a wide range of roles, from lawyers to psychos; from actions movies to intimate indies. He has been directed by, among others, Clint Eastwood, Martin Scorsese, David Fincher, Susanne Bier, John Hancock, Karyn Kusama, Miguel Arteta, Pablo Larrain, John Woo, and Albert Brooks. Lucky is his directorial debut.